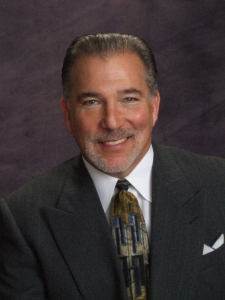 While most Americans who receive a health insurance subsidy to offset the cost of the coverage they obtained from the federal website, Healthcare.gov, go quietly about their personal business―the future of that subsidy―and the very future of the Patient Protection and Affordable Care Act (PPACA) or Affordable Care Act (ACA) for short―which gave birth to said subsidies―hangs in the balance. And, for the most part, these same Americans remain blissfully ignorant that the future of their health insurance protection hangs with it also. Apparently sleeping as its fate is to be decided by the 30th of this very month when the Supreme Court releases its decision on King vs. Burwell.

King vs. Burwell contests the financial help available to some enrollees on  the federal insurance exchange in 34 states on the basis that the PPACA was not written to allow for the existence of subsidies provided by the federal exchange. In fact, the plaintiffs argue just the opposite―that only those exchanges established by the states could provide such. Should the court rule in favor of the administration, it will mean the law has survived one more effort to derail it and its future may well be assured. However, If the plaintiffs prevail, that leaves the estimated 6.4 million recipients of the subsidies in the thirty four states which did not with illegally subsidized health insurance. And, without subsidies . . . health insurance reform starts to fall apart. The majority of the recipients will drop their coverage and only the sickest―who bring the most expensive claims to the insurance companies―will remain on their plans. This phenomena is know within the industry as “adverse selection”. In reality, it means that the youngest and the healthiest, regardless of age, will flee their plans like rats off a sinking ship. And the sinking ship will be Obamacare. The law itself. This is because it is estimated that insurance premiums for these 6.4 million will increase an average 256%. A result which will single-handedly insert the substitution “Unaffordable” into the Affordable Care Act―Obama’s signature landmark legislation― sending it into a classic death spiral.

And what does the Supreme Court’s decision hinge on? Four key words: “established by the state”. As in the subsidies are to be available only to income qualified recipients in those exchanges established by the state. The four words are contained in that portion of the law which details how premium subsidies are calculated for health insurance policies. Plaintiffs argue thirty four states never established an exchange. Ergo, how can subsidies be provided for their residents? They argue the wording was constructed to serve as an incentive for the states to create own exchange; the states called the federal government’s bluff and the feds willy-nilly pulled a rabbit out of their head and provided federal exchange subsidies for which no provision within the law was made. To follow their argument to its logical conclusion, the Internal Revenue Service has violated the law by providing tax credits to individuals in these states.

The administration argues that exchanges were created by the states when they effectively opted to let the federal government do it for them. Therefore, their inaction became their action. This allows subsidies to be provided their residents.

As a health insurance broker with twenty-nine years in the industry, I have survived the inevitable ups and downs of the small business owner. I, and my practice, have survived Hillary’s attempt in the early nineties at health care reform and the deterring effect of ever increasing health care costs; the resulting sky-rocketing insurance premiums and the general turbulence of an industry which attempts to manage the costs of a sector which comprises an estimated twenty percent of our nation’s economy. I have survived the Affordable Care Act’s resulting cut in my compensation and the loss of hundreds of clients who were forced off their policies because they did not comply with the law’s mandates. Policies with which, for the most part, my clients were happy. Had they not been, they would have dropped them on their own. I now survive the effect of premiums which have risen on average fifteen percent each of the last two years and, in many cases, much, much more for those clients who do not qualify for the subsidy. The bottom line is, “if you qualify for a significant subsidy, you are probably happy with this law. If you qualify for a relatively small subsidy―or none at all―you are most likely very unhappy with it.” It seems everyone is judging it from the perspective of their own personal welfare. And that is human nature, is it not? And I reluctantly admit, I am no exception. And it is not without guilt I do so.

Because, if the subsidies are revoked, by my estimates, I stand to lose approximately two thirds of the new business I have written in the last two years since ACA plans were forced on the public under threat of penalty. Just last month I experienced the first and slightest increase in income since the act’s passage in March of 2010. My income had been decreasing precipitously since then, mostly due to the “minimum loss ratios” imposed on insurance companies resulting in maximum losses to the agent and broker. But I accepted these; remained committed to my industry and business and have survived. If King v. Burwell is decided in favor of the administration’s adversaries, my clients will let their coverage lapse and the resulting personal effect will be “two steps forward and three steps back”. Hence, the guilt. The guilt born of knowing the worst aspects of this law (unknown to average person) are yet to be implemented and only a minute portion of the resulting costs are currently apparent. Those forthcoming will have a devastating effect on our nation’s treasury which is already eighteen trillion in debt and rising “with a bullet”. I know that progression of this law and its mandates is already forcing rationing of our health care providers and further progression is going to result in ever increasing rationing of health care treatment available to each of us. And yet, for my own sake, I don’t want to experience more losses.

Please do not think I do believe there was no need for health care reform. When two of every five health insurance applications I submitted on behalf of clients was declined due to pre-existing conditions and another not taken due to “waivers” of such (prior to the law’s enforcement) I experienced the angst of my clients and my own.